Our Team and our Clinic 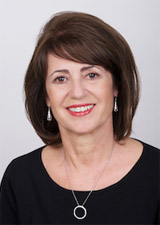 Dr. Bouchard is Associate Clinical Professor in the department of obstetrics /  gynecology and reproduction of Université Laval. She has been practicing gynecology at the CHUL and at her private clinic at Centre Médical Santé Femme for many years. She is Fellow of the International Society of Vulvovaginal Disease (ISSVD) and is recognized for her expertise in the field of Vulvovaginal Disease by her peers. She is president of the national committee in oncology for cervical cancer screening in Quebec. She practices high-resolution anoscopy (HRA) and colposcopy at the CHUL. She serves on the Executive Committee of the International Society of anal neoplasia (IANS). She is a member of the Professional Development Committee within the AOGQ. She has worked on numerous clinical research projects acting as principal investigator in fields related to woman’s health. Co-author of numerous scientific publications with peer review, she won several awards for her scientific presentations. She was recipient of the "Médecin de Coeur et d’Action" of the Association des médecins de langue française du Canada and received the award for "Femme de mérite " of the YMCA Women of Quebec. 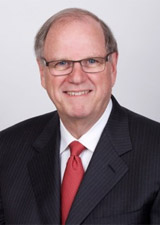 Dr. Fortier is Associate Clinical Professor in the department of obstetrics /  gynecology and reproduction of Université Laval.  He practices as a consultant gynecologist at Centre Médical Santé Femme. Past President of the Society of Obstetricians and Gynecologists of Canada (SOGC), he has participated in numerous educational activities as a speaker for obstetricians - gynecologists and family doctors. For several years, he has been sharing with Dr. Bouchard particular interest in clinical research on women's health issues. He is co- author of numerous scientific publications.

Thank you for helping us to advance medical research